A long lost of short prints 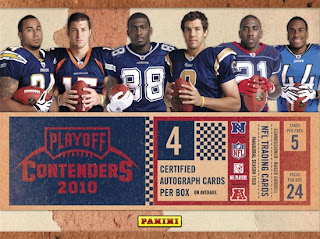 Yesterday night details of the short prints in Panini's latest release of Playoff Contenders Football became available online (the full list can be seen at the bottom of this post). I have to say I'm a bit underwhelmed and a little bit disappointed. I like the idea of players having short print cards of them in their alternate/throwback jerseys, and my initial impression was that was what Panini was going to do with this release, however that's not the case. As you'll see from the list at the bottom of the page some of the variations are as simplistic as a player having the ball in the other hand, or the player standing in a different position. I personally think this is a bit of a squandered opportunity, I can't see many collectors chasing short prints because a player has the ball in different hands. I hope in future that Panini takes this idea further and has all the players in alternate jerseys for short prints next year. 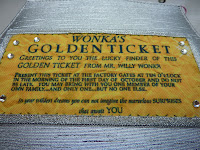 Keeping on the theme of Playoff Contenders Football, someone has already pulled a redemption card of the Aaron Rodgers version of the much talked about gold ticket card. The card is now listed on eBay and looks set to easily break the $1,000 card.