I ordered 6 packs of UD's Draft edition (retail) mainly because they were dirt cheap, with cheap shipping. I wasn't really expecting much, and apart from a few nice parallels, I was right (as I understand this is to be expected from retail). 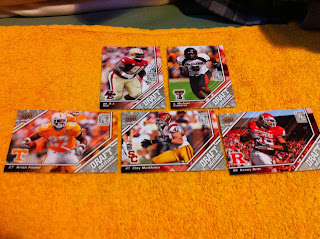 What struck me about these cards (aside from the fact that there's more colours on one card than in a childs crayon box) was the fact that there was a large amount of players represented in the small sampling of the base set that I got. It's nice to see guys who aren't at the sexy offensive poisitions, or first round picks being represented. 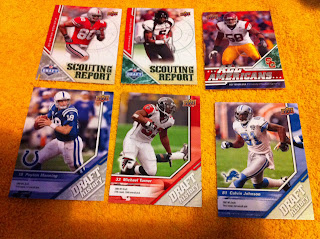 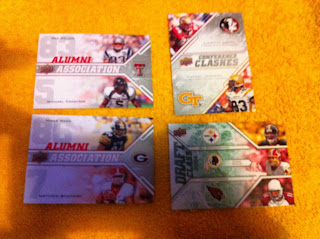 The ratio of inserts to base was quite impressive (even if non were numbered). Overall I was really impressed with the packs, lots of inserts and plenty of USC and Steelers player based inserts for the PC
Posted by Mark at 12:53